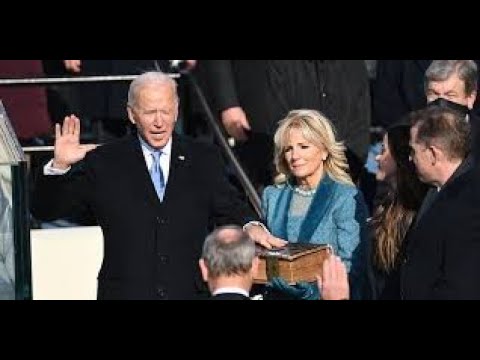 – Joe Biden sworn in as President of the United States
– Trump leaves a secret letter for Biden
– Trump did not mention Biden in his speech
– Nor did he speak of ceding power to his rival
– Trump said that “it will come back somehow”
– He explained that this “is not a long-term goodbye”
– This resignation can be part of the great Plan
– His son compares him to the Lion King who returned
– Amazing Simpsons prophecy for this January 20th
– Would the Republic die or be born on Judgment Day?
– Would you resign from the Corporation to start the Republic?
– The former president promises that his movement will remain alive
– “The movement we started is just beginning”
– The worst thing about goodbyes is the uncertainty of the return
– Would there be a transitional military government on January 20?
– General Hyten spoke about the Emergency Broadcast System
– What may seem like the end could also be the beginning
– Senator Burr’s Corruption Investigation Abandoned
– Juan O Savin says this relief could be part of Nesara
– McConnell threatened Trump with impeachment if he pardons Assange
– Every farewell is always accompanied by a new starting point
– A brilliant meteorite crosses Spain and causes a great explosion of light
– A witness talks about the existence of a subway complex under Denver
– Many Spanish ‘Youtubers’ emigrate to Andorra because of excessive taxes

– The Palomares nuclear accident in Almeria, Spain, has turned 55 years