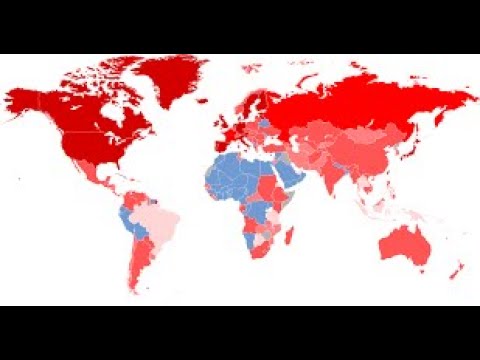 – An economic crisis could be looming
– Volatile October in the stock market
– Preparing for a ‘black swan’ event
– The two worst market crashes occurred in October
– Global energy crisis is only the first of many
– Oil prices reach multi-year highs
– Bottlenecks in supply chains persist
– The energy crisis is turning into a food crisis
– Colombia-Venezuela crossing reopened after years of closure
– IMF cuts its global growth forecast for this year
– Big retailers are chartering ships to avoid blockades
– Evergrande is not the only Chinese real estate company in trouble
– EU cuts its list of tax havens, following “Pandora’s papers”
– There were at least 330,000 cases of pederasty in the French Catholic Church
– Spanish Constitutional Court declares illegal the closure of the Congress of Deputies
– Taiwan claims China will have full-scale invasion capability by 2025
– Time has sped up and nothing and no one can derail the Creator’s Plan